Here you will find news and announcements about the cinema.
Please note, errors can happen very suddenly. We post any show issues/cancellations on Facebook first
Showtimes for Friday 21st onwards aren't quite loading on the website as they should be. Please see below timetable with all showtimes for next Friday onwards! The new 25th Anniversary show catapults Riverdance into the 21st century and will completely immerse you in the extraordinary and elemental power of its music and dance. 25 years ago, 7 minutes changed the face of Irish dancing forever. The Eurovision interval act performance gave millions of people a new and exciting glimpse of the future of Irish dance. Now 25 years later, composer Bill Whelan has rerecorded his mesmerising soundtrack while producer Moya Doherty and director John McColgan have completely reimagined the ground-breaking show with innovative and spectacular lighting, projection, stage and costume designs. This powerful and stirring reinvention of the beloved family favourite is celebrated the world over for its Grammy Award-winning music and the thrilling energy of its Irish and international dance. Filmed live at the 3Arena Dublin, the exact spot where it all began, the 25th Anniversary Gala Performance will bring Riverdance to the big screen for the very first time! A male dancer and his partner have been training for years for a spot in the National Georgian Ensemble. The arrival of another dancer throws him off balance, sparking both an intense rivalry and romantic desire that may cause him to risk his future. Save the date! Sunday 23rd February at 5pm
Jerry Mulligan (Gene Kelly) is an American ex-GI who stays in post-war Paris to become a painter, and falls for the gamine charms of Lise Bouvier (Leslie Caron). However, his paintings come to the attention of Milo Roberts, a rich American heiress, who is interested in more than just art.

Sunday 29th March at 5pmSebastian (Ryan Gosling) and Mia (Emma Stone) are drawn together by their common desire to do what they love. But as success mounts they are faced with decisions that begin to fray the fragile fabric of their love affair, and the dreams they worked so hard to maintain in each other threaten to rip them apart. 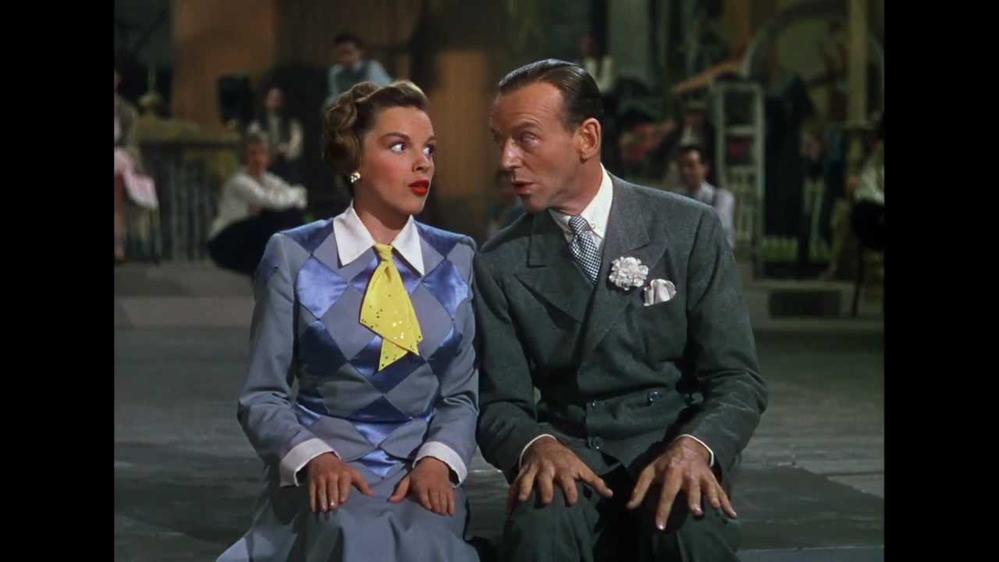 In this lavish musical, Broadway star Don Hewes' (Fred Astaire) dancing partner (Ann Miller) goes solo, and Don declares that he can make a hit performer out of the next dancer he sees. This turns out to be the inexperienced Hannah (Judy Garland), who bristles as Don tries to make her into his old partner. But as he realizes that he is falling in love with Hannah, Don knows that he must let her grow into her own kind of dancer if he wants her to reach her full potential.